As the saying goes, there is always light at the end of the tunnel, Suubi Kiyimba’s dream of becoming an engineer has been amplified with a full scholarship from Joadah Consult’s managing director.

Teased for reporting to University with a metallic suitcase and plastic bag a week ago, Suubi had initially been admitted to Bsc Education (Economics) at Makerere University, through the Government sponsorship scheme.

However, during several interviews with media, Suubi revealed that due to his poor background, he could not afford an engineering course, and was left with no choice but to settle for the option offered to him by government.

In a letter dated August 14, 2019, Joadah Consult, an Engineering company, informed Makerere University Vice Chancellor of its intention to give an offer for a full scholarship to Suubi for a course in Mechanical Engineering.

To clear any doubts, the company requested for a memorandum of understanding beween them, the university and the student.

Joadah Consult, is one of the leading infrastructure consultancy companies in Africa, running key projects such as the Expansion of Mulago National referral hospital. 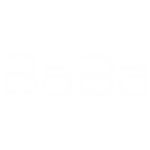 IN CASE YOU MISSED

India extends lockdown restrictions until May 31